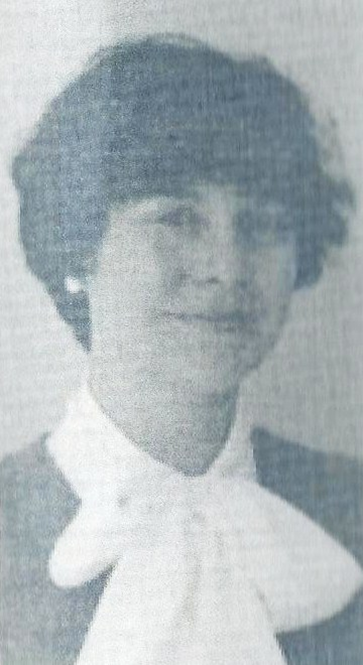 Libertarianism is a new political philosophy. Although its roots can be traced back throughout the history of ideas, it is only within the last twenty years that it has emerged as a well defined political philosophy. What it is based on is a new idea regarding the proper role of government in a free society.

Today we live in a world in which virtually all countries are rushing headlong toward some form of statism, whether in the form of Communism or the welfare state. We are told on all sides that the world has become too complex for the individual to be allowed to direct his own life. The very concept of the "individual" is becoming obsolete.

Libertarians do not look at government as a sacrosanct body that cannot be questioned, but simply as the agency which has a monopoly on the legal use of force. Libertarians therefore address themselves to one basic question: What is the proper justification for the use of government's coercive power? The Libertarian answer is that government power must be used only to protect the individual from the use of force or fraud by others.

Over the last few hundred years western civilization has generally come to accept the idea that society should not be subject to the arbitrary wishes of a ruler. But although we have done away with the divine right of kings, it seems as if we have merely substituted, for that idea, the absolute rule of "the majority." But individuals can be equally repressed in a dictatorship or a socialist democracy. In contrast to the Libertarian idea that each individual owns his own life, in all statist societies, the individual is to a greater or lesser extent owned by the state.

The principle that the state, somehow representing "society as a whole," owns the citizen's life, explains many laws in Canada today. The state controls its citizens in order to obtain its own ends. The state judges what books a citizen may read and what prices he may charge for his goods and services. The state enforces observation of the religious holidays of its choice. The state "redistributes" the individual's wealth, penalizes him if he buys the products of another country, expropriates his land if it finds a "better" use for it, and finally conscripts him into its armed forces even though it may cost him his life. Naturally, all such actions are done in the name of the "national" or "public" interest.

Today, when the rights of the individual remain unacknowledged, "public interest" is usually decided on the basis of the pressures exerted by various lobbying groups. Libertarians have chosen not to participate in this competition among pressure groups, each vying for favours for their own particular group, and instead call for the end of all government grants, loans, subsides, tariffs, and other such favours designed to benefit certain individuals and groups at the expense of others. Libertarianism states that government should offer equality to men not in the forms of equal pay, equal housing, or equal happiness, but instead, in the form of equal opportunity to earn these things in voluntary dealings with other men.

Although Libertarianism is idealistic, it is not utopian. It does not seek to remake men according to some Libertarian vision of the good. Instead, it holds the view that each individual must be left free to work out his own destiny and government must not interfere with the voluntary arrangements men make among themselves. This is the Libertarian ideal which we believe would benefit all men living in such a society.

For many years now, people have said that socialism is a "beautiful ideal" that just does not happen to be "practical". In fact, over the last 100 years, the ideal of socialism has permeated most of the world and we can see its abysmal results. Libertarians believe the reason this has happened is not because ideals always conflict with practical reality, but because the ideal of socialism (as enforced by the state) is an ugly one, not suited to free men. Certainly it is evident that the countries with the greatest protection of the individual's liberty are also the countries with the greatest prosperity for all men. No, socialism is not practical, nor is it moral.

It is interesting to note that the basic principle of Libertarianism - the right of the individual to pursue his own goals without coercion from others - has already been accepted by most men. The single exception occurs where government is concerned. Most people still accept government's prerogative to restrict our freedom as long as it is proclaimed that somehow it is for the "greater good." What Libertarians seek is to apply the same common-sense rules that now prevent one individual from interfering with another to government.

Libertarians believe that the ever-growing power of the state in Canada is stifling us all. But the villain is not government itself, but instead the belief that all problems can be solved by government. To counter this doctrine Libertarians are promoting an idea, the idea of personal liberty. Our battle is an educational one and our success is not guaranteed. There are many signs, however, that Libertarianism is an idea whose time has come.

"The core of libertarianism is respect for the life, liberty and property rights of each individual. This means that no one may initiate force against another, as that violates those natural rights. While many claim adherence to this principle, only libertarians apply the non-aggression axiom to the state."

"Other people are not your property."

"Libertarianism is a political philosophy. It is concerned solely with the proper use of force. Its core premise is that it should be illegal to threaten or initiate violence against a person or his property without his permission; force is justified only in defense or retaliation.That is it, in a nutshell. The rest is mere explanation, elaboration, and qualification."

"Libertarians believe in individual liberty, personal responsibility and freedom from government – on all issues at all times… A libertarian is someone who thinks you should be free to live your life as you want to live it, not as [the Premiere of Ontario] thinks you should – who believes you should raise your children by your values, not those of some far-off bureaucrat who’s using your child as a pawn to create some brave new world – who thinks that, because you’re the one who gets up every day and goes to work, you should be free to keep every dollar you earn, to spend it, save it, give it away as you think best."

"Applied to personal behavior, the libertarian ethic is simple but stark: Thou shalt not initiate the use of force. Thou shalt not deceive or defraud. Anyone who observes both these injunctions faithfully has gone a long way toward being an admirable human being as defined by any of the world’s great ethical systems."

"Libertarianism is a philosophy. The basic premise of libertarianism is that each individual should be free to do as he or she pleases so long as he or she does not harm others. In the libertarian view, societies and governments infringe on individual liberties whenever they tax wealth, create penalties for victimless crimes, or otherwise attempt to control or regulate individual conduct which harms or benefits no one except the individual who engages in it."

"Libertarianism is, as the name implies, the belief in liberty. Libertarians believe that each person owns his own life and property and has the right to make his own choices as to how he lives his life and uses his property – as long as he simply respects the equal right of others to do the same."